Super Bowl Ads – The REAL Best and Worst – – and why

A week ago the impossible happened – a Super Bowl that was WAY more exciting than the ads.

Still, duty calls – – it’s taken a week to fully process the advertising train wreck but the result is worth the wait.

The Armchair MBA carefully analyzed the reviews of 10 respected entities (plus a timid peep from Harvard Business School), summarily ignored them and can now announce the REAL best and worst ads of 2018.

Super Bowl spots, in particular, need to stand out in a hyper-charged environment, create water cooler (social) chat to extend the brand, and ultimately move the brand forward.

Clicking on this chart will blow it up so you can see where everyone came out.

Included at no extra charge – charming, witty, pithy bons mots!  It’s so worth it!

We generally subscribe to the ADPLAN evaluation system set up by the Kellogg Graduate School of Management (Attention, Distinction, Positioning, Linkage, Amplification and Net Equity). 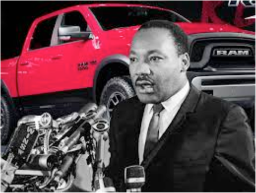 Maybe like the E*Trade commercial says, I’m just getting old.