Tag Archives: They are who we thought they were

PROOF! The internet is not all real!

The late football coach Dennis Green famously sputtered after his Arizona Cardinals lost a big lead to the Chicago Bears in 2006: “They are who we thought they were!!!”. 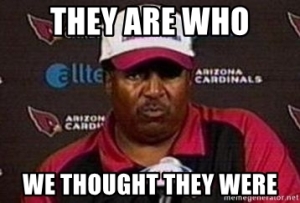 DOES NOT APPLY TO THE INTERNET

No longer just the province of faceless hackers and fake identities, the internet now is the land of fake faces, too.  Very often people are not who you thought they were.

I first became suspicious when my LiveChat support agent ‘James’ was a little awkward (every conversation started with “hey”), and he seemed to operate from a very different time zone.  He just didn’t seem like the chill dude in his photo.

Suspecting that his image was stolen from a real person, I did what anyone with borderline clinical stalking tendencies would do – I did a reverse Google search on his photo. 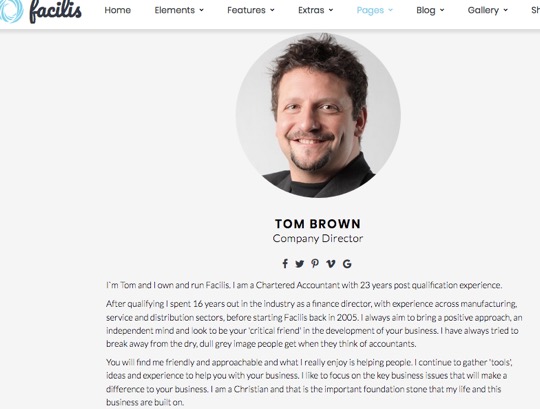 Eureka! ‘James’ was actually a real person named Tom Brown, a Director at a company called Facilis in the Bay area.  Hey – I’ll let Tom know someone stole his photo.  Upon looking for his contact info, I found out that this was fake, too.  There’s a Facilis, but this isn’t it.  The site URL http://www.pgyx.com/team-member.html# looks like a developmental website for a business that may or may not exist, now or in the future.  You can check for yourself.

Back to the image search.  It turns out this person, whoever he is, has been replicated and is now overrunning the internet.  Sort of like the magic brooms in Fantasia.  ‘James/Tom’ is also Michael Flynn, lead developer at a tech company; Bob Roger, CEO of a restaurant supply company; Mike Hussy, data guy at Delhi Public Schools, and many more.

This dude is everywhere!  It is likely that many or all of these people are placeholders on developmental sites created by a web developer somewhere.  At this point I stopped the investigation…almost.

Because the fake sites usually had more than one photo, I did the same search on a female face in one of these sites, and found that there’s lots of her, too!  And lots of other people as well.  It’s like there’s a parallel iStockphoto universe of smiling people.

Well, according to a May 16, 2019 article in the Wall Street Journal, there is.  A company called uBiome recently had to take down a photo accompanying a testimonial, because they used one of these stock models as well.

In a final act of avoiding doing something useful, I did a reverse image search on the uBiome guy as well.  HE’S ONE OF THEM! 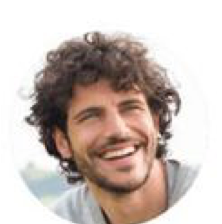 It was at this point I needed to remind myself that these faces actually belong to real people – they’re not just virtual props for developers.  But good luck finding the real one.

There has been an increase in the use of images of real people, to humanize online transactions.  Just be warned that the person you think you’re interacting with may not be the person you see.

Cowboy philosopher Will Rogers once said:  “Don’t believe anything you hear, and only half of what you see”.

I think it’s time to take that down to a quarter of what you see.

Posted in Branding, Marketing and Media, Technology and tagged avatars, Dennis Green, istockphoto, LiveChat, stock photos, They are who we thought they were, uBiome, wall street journal, WSJ. Bookmark the permalink.
Loading Comments...