The Pain of Not Having Hand

Don’t you hate it when you want your money back and have no leverage?  Explanation of this (and ‘Hand’) follows.

This is about companies who put barriers in place to enable them to hold onto your money until they wear you out.  A war of attrition.  Things like unreachable customer service, phone personnel with no names who cannot be recontacted, endless phone wait times, etc.   We’ve all been there.  Some of you are probably on hold with someone right now!

My goal is always to have a ‘So What’ in my posts but other than stopping transacting altogether, I am not sure how to preemptively protect against this!  So I’m open to suggestions.

So that’s your challenge, dear readers.  For the good of humanity, help us find a solution.

The basic model has been around:  exploit human nature. 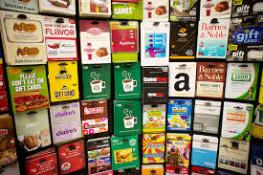 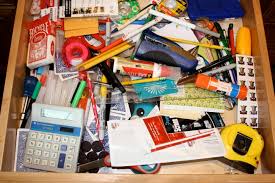 It used to go something like this: you get a gift card and the issuer gets the revenue and records future redemption as a liability. You put it in the kitchen ‘everything’ drawer next to your frequent shopper cards from 1995, never redeem it, company books revenue with no expense. Nice! Called ‘breakage’ in accounting, commonly known as ‘slippage’ in consumer goods.  Coupons are issued, people don’t bother redeeming, etc.

This new version is more insidious and aggravating. As George Costanza might say, we have no hand!  And they know it!

Here’s how it works (examples below):

Case study 1: Booked AirBNB for about $1600 for a week; they (and owner) got payment in advance. Upon arrival, property has significant water leaks, which are being repaired, rendering it uninhabitable. AirBNB is contacted, situation explained, they offer $400 refund afterward and refuse to discuss the matter further.  Boo, AirBNB!

Case study 2: Rented car with GPS. GPS didn’t work. Took over an hour and several emails just to get back the $30.  Boo, Fox Car Rental!

Case study 3: Moved across the country. $17k total bill, which required payment in full ahead of time (apparently this is standard operating procedure, which is itself worthy of a separate conversation). Move happened 3 days late, which created additional expense for friends who flew in to help with the move, and which technically qualified as a ‘late delivery’ by the mover.  Several items broken. After huge effort and many hours and emails, result was a check for $20 we got in the mail. Zero hand in this one.  Double Boo, North American Van Lines!

Case study 4: WSJ inexplicably stops being delivered one Friday. Go to handy online notification area but service is down. Chat is not manned yet (it’s before 8). Phone line also not available. Paper doesn’t come on Saturday either, make several online entreaties to both email and chat. Now start getting 2 (identical) papers on Monday. Issue finally settled on Tuesday.  Boo, WSJ!

In all of the cited cases the supplier messed up, but the burden was on the consumer to spend the significant effort to (maybe) get a satisfactory reimbursement.  There is no Online People’s Court to help resolve these issues.   I personally resent having to spend precious time just to claim what is mine in the first place!

Sure, over the long haul corporate reputations can be harmed, penalizing bad behavior.  But I don’t want to wait for the long haul.

How can we fix this?

Fail your way to customer satisfaction

While there are scholarly arguments on both sides of ‘how much service is too much service’ (yeah, HBR, I’m looking at you), The Armchair MBA suggests that in going above and beyond in solving a customer issue, the customer may end up more satisfied than if they didn’t have a problem in the first place!

The end result is that you can basically turn that customer frown upside-down, and perhaps even translate that into loyalty – – but it takes effort and commitment.

Net – sometimes it’s the effort – – listening, promptly replying, admitting guilt when appropriate, empathizing with the customer, and making it right – – that makes the difference.  Customers appreciate that you care, even if they don’t get all they want.

1) Delta – NOT ready when I was
Recently I was a casualty of the Delta Airlines meltdown, where storms early in the week caused cancellations all week due to Delta’s inability to adjust.

The impact on me was that I had to rent a car and endure a nasty overnight drive from Providence to Raleigh NC (there were no other flights available). 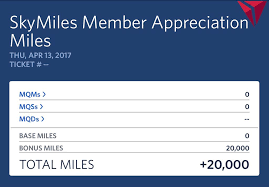 How did Delta handle it?

Prior to this episode I was not committed to Delta one way or the other. But this mea culpa demonstration (without me asking), especially compared to how United dealt with its own PR issue at around the same time, has me leaning positively toward Delta.

2) 360fly, Inc. makes what is essentially a baseball-sized 360° GoPro. I ordered one for work, but it was delivered without one of the camera mounts I had ordered. After a few weeks I brought this to their attention. 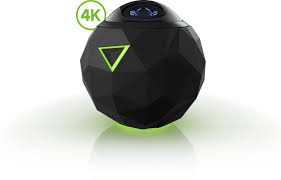 Their response: they immediately apologized for the error, sent me the missing mount, and sent me an additional mount as compensation for my inconvenience.

My impression of them went from ‘small company, not particularly well-organized’ to ‘small company, maybe not so well organized but heart in the right place and committed to the customer’. This translates to my discussing them positively (including this post).

3) 1-800 Flowers. I’ve used these guys for years, with mixed results. When I had flowers and a balloon sent to my mother recently, the balloon, while in the photo of the item, wasn’t delivered.  (the inclusion of a balloon was an inside joke).

I sent a gentle email and the immediate result was:
– an apology from the head of customer service, assuring me that the photo would be adjusted so as to not be misleading
– an apology from someone way higher in the food chain
– an immediate reduction in the bill in the amount of the balloon (even though I hadn’t paid for a balloon separately)
– a generous coupon for next purchase
– a balloon appeared on my mother’s door THAT SAME DAY!  WOW!*

*when this happened, it was hard to believe – – what a great demonstration of making it right!  Turns out hard to believe was accurate.  1-800-Flowers did not in fact send a balloon to my mom- – someone else coincidentally did at the same time.  But still, they did a great job.

I’m sure everyone has an experience where they were ready to go to battle with a company, only to have the company respond with such aggressive goodwill that the complainer was turned into a fan.

The secret, in addition to what’s mentioned above?

To be able to solve a customer issue over and above their expectations, you must screw up once in a while.
Excellence on a regular basis sets an expectation.

On the other hand, periodic screw-ups with excellent resolution makes a more compelling impression.

Sometimes we need to be reminded that simple customer satisfaction is almost always the goal of most businesses – and that policies and procedures are merely means to that end.

A recent, hard-to-believe experience brought this to my attention.

While getting my ears lowered at my local chain haircut emporium (whose name still escapes me even after years of visits) a man came in who had apparently booked an appointment online for himself and his son.

The man was called up but asked that his son go first. The employee said that this was not possible; the computer indicated that he, not his son, was in the first position, and that it was corporate policy to do what the computer said.

The man politely but firmly mentioned that the online booking program does not allow one to enter preferences or even names of people; the order of haircut is randomly assigned – – and since it involved two family members (as opposed to two strangers), the order of haircut shouldn’t really matter. 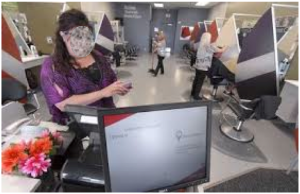 Incredibly, the employee still refused to let the son go first, claiming it was “Corporate policy”.

The man understandably was confused and frustrated, but out of a surplus of good cheer he managed through the situation (after getting a more empathetic but no more satisfying repeat of the message from the store manager – “I’ll be sure to bring this up with Corporate”).

Corporate policy in this case would likely be in place for one of two reasons:

Now, I’m a big believer in insight-driven marketing; as described above it’s what one might call the ‘long road’.

HOWEVER, when the customer is standing right in front of you (or is on the phone, or in an online chat) the opportunity to create satisfaction is immediate – and needs to be taken!

As we enter the high holy season of shopping, this would be good for retailers to remember.