← We Tested it On You, So It’s Probably OK for Your Pet
Unexpected game-changers for our future food supply →

…and Botswana makes it 100 Countries!

In a shameless act of self-promotion, this announces that as of today, The Armchair MBA has now reached 100 countries served!    A sort of crazy milestone considering its quite humble and uninformed beginnings, some 70 posts and 2 1/2 years ago. 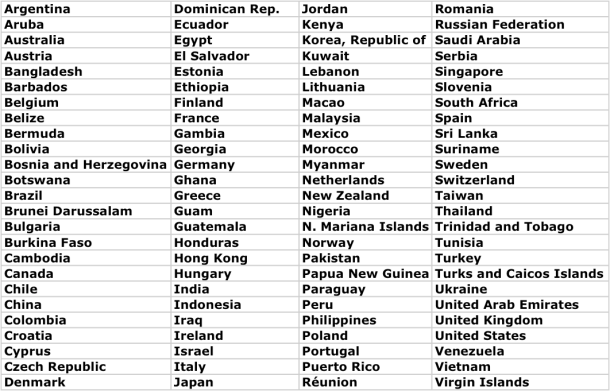 But beyond cocktail party braggadocio, what does this say about the state of blogging?  Or, who cares?

First, some info.
Below is a map of where my readers have come from. Darker colors indicate more readers.
– Clearly a bias toward English-speaking countries but plenty from elsewhere.
– While the US is by far the strongest reader source, average daily readership comprises about 5 or 6 countries, which shift daily.
– Notable in their presence:  China (a single rogue reader!), Botswana (which got me over the 100 hump today) and Papua New Guinea (only because I can’t not think about the combination of loincloths and laptops).
– Totally expected absences:  Cuba, Russian satellites, Iran, N. Korea, and most of Africa.  Is there media repression?  Of course.

While I have a strong base of followers (thank you!), most readership is not subscribed and comes from 2 sources:  LinkedIn (on one page or another) and online search results.  The latter group accounts for the majority of non-English country visitors. 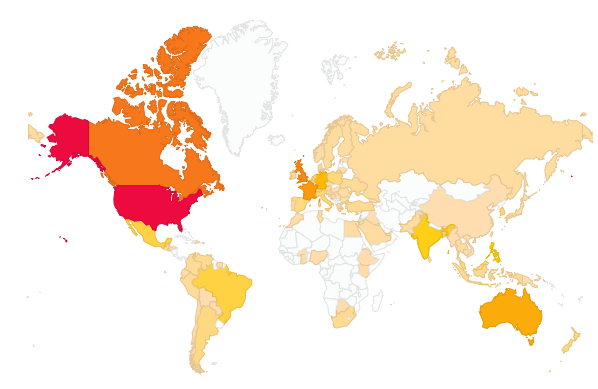 Lessons learned?
– The global pull of The Armchair MBA has been surprising.  Part of the reason is that topics often have global relevance; one more support point for the theory that borders are increasingly irrelevant as it relates to business news/learning/sharing.
– Posts have long tails – – there is a bump in initial readership but even the oldest posts get recurring views.  The internet is a great accumulator.   Full disclosure:  I recently experimented by taking a SEO approach and including all African nations in text form — it has resulted in some visits from Africa, but to the point below, it is slow.  But it is possible to proactively solicit traffic.
– Propagation is steady but slow – – but even if initial readership is modest, much value is still retained as a post transitions from ‘news’ to ‘reference’

– Having a blog like this pays nothing, but it does have its benefits:
– Provides an outlet for my voice and is encouragement to continue to explore, think and opine
– Occasionally merits a media credential, enabling privileged access to trade shows/seminars and continued learning for myself and for my clients
– Solicits feedback and additional points of view, often from some surprising sources
– And, every once in a blue moon, provides validation in the form of a ‘Like’.  Sort of like Facebook, only with much more work (including checking my sources).

Thanks for reading.  And thank you, Botswana.