A famous and probably apocryphal story relates how in the late 1800s, shoe companies sent scouts to Africa to assess opportunity. All came back and said: “no one in Africa wears shoes – – there is no opportunity” – except for the rep for Bata, who said: “everyone in Africa is barefoot – – there’s a huge opportunity”. Bata shoes are now ubiquitous in Africa. 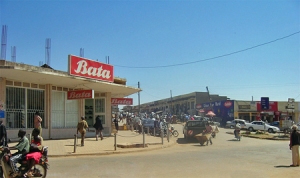 With its vast population, diversity and resources, why aren’t more companies committed to growth from Africa? Why do EMEA business strategies have no patience for the ‘A’? Certainly with that many people, shouldn’t African commerce, like life in Jeff Goldblum’s Jurassic Park quote, “find a way?”

The challenge is daunting, and figuring this one out is above my pay grade, but thinking about solving for Africa can make just about any other challenge seem pretty straightforward.

There are of course very real reasons that Africa is challenging. A Sept 16 scan of Google News stories across 54 African nations (below), reveals overwhelming existential crises such as Ebola, terrorism, sectarian violence, mixed in with a standard dose of President-for-life type scandal (see: Mugabe, Robert), but not many commercial or consumer focused stories. Where much of the developed world has surplus calories, Africa has a basic food (and water) deficit. A quick look at per-capita incomes shows that African citizens are among the poorest in the world. Barriers, indeed.

Yet we are all still more alike than we are different. We all have needs: food, shelter, entertainment, and yes, shoes.  And so within a mass of challenges, there are opportunities.  Bata figured this out long ago – – it saw millions of bare feet, rather than cultural or economic barriers, and methodically penetrated the continent.

The key, as in eating an elephant, is to take it one bite at a time.  In fact, it’s really just another execution of basic marketing – identifying segments, understanding their needs and barriers, and creatively and selectively applying solutions.  Pricing? Access? Promotion? Distribution? Positioning? Unique benefits?  A solution is almost always available – it’s just not always obvious.

Unlocking this potential may be gaining traction: PricewaterhouseCoopers’s Africa Business Agenda 2014 report was released last week.  The report, comprising surveys and interviews with 260 chief executives in 14 African countries, indicates that CEOs are optimistic about growth despite volatility and uncertainty on the continent.  From Business Report/Africa: “The Chief Executives acknowledge that a lot more needs to be done in terms of transforming the continent’s potential for exponential growth into tangible business opportunities”. There are examples where creative and focused approaches helped realize growth from similarly unlikely places.

Whether it is Africa, India or a mass of consumers (or customers) at home, the same principles apply.  Where there is need, solutions are always possible. 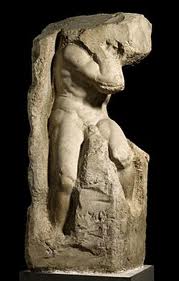 As Michelangelo said: “Every block of stone has a statue inside it and it is the task of the sculptor to discover it”.