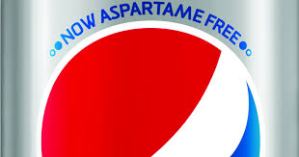 The stated reason is to respond to consumer objection to aspartame, as stated by a Pepsi Sr. VP: “Aspartame is the number one reason consumers are dropping diet soda.”

The more likely reason is that Diet Pepsi volume is down over 5% in the last year, part of a long-term slide, and nothing so far has worked to reverse the trend.

But this change is unlikely to make a material difference, for a few key reasons.

First, let me risk public embarrassment to try to establish my bona fides.  I marketed aspartame (Equal® Sweetener) for 6 years, and sucralose (Splenda) for another 5.  Did a lot of consumer research during those years. 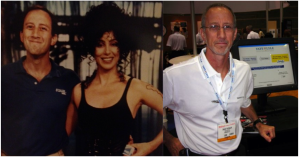 Here’s why I don’t think this will make a difference:

1) Consumers generally don’t know what’s in their diet soda to begin with.  When asked open-endedly about ingredients in diet sodas, they have a vague notion that they contain artificial sweeteners, but the sweetener is not often mentioned by name.  When prompted, they will recognize aspartame.  But while consumers may theatrically claim that they avoid aspartame when they’re in a focus group, in reality very few actually check labels.

2) Consumers are generally full of it when it comes to stated preferences.  They will tell you all day long that they want less fat, less sugar, less salt, etc – – but in reality they will rarely change ingrained habits if there’s even the slightest risk of compromise (such as taste or cost).

3) Non-users or lapsed users have a handy reason for why they don’t use the product.  Aspartame has enough negative PR that it is an easy, politically correct and inarguable reason as to why surveyed consumers aren’t using the product.  But the true answer is a more complicated mix of dynamics including macro consumption trends, emergence of new alternatives, and changing demographics (‘modern’ diet sodas were first introduced, and gained loyal followings, in the early 1980s).

5) Changing ingredients to meet claimed consumer preferences is no guarantee of success.  3 years ago ConAgra changed its Hunt’s ketchup back to High Fructose Corn Sugar after a 2-year switch to sugar, ostensibly to answer consumer objections to HFCS.  Sales volumes showed that consumers didn’t really care.

6) Most importantly, consumers like their products the way they are.  ANY CHANGE in a loyal user’s product formulation will arouse suspicion.  A product as iconic as Diet Pepsi owes its unique taste to the specific combination of sweeteners in its formula.  It is impossible to improve the taste of Diet Pepsi, because its ideal is defined by its current taste.  So any change will alienate current users, who are currently drinking it even knowing in the back of their minds that it contains an artificial sweetener.

Ironically, this is the same category where New Coke infamously demonstrated what happens when you change the formulation of a well-loved product.  It will be interesting to see whether this ‘New Diet Pepsi’ fares any better.

Below is an introductory spot for New Coke in 1985.  In retrospect, a product and spokesperson that ultimately followed similar paths, albeit on different timing.