How Do You Reinvigorate a Mature, Cyclical (but still really fun) Industry? Part 1: The Challenge

This is a story about a great industry that was extremely hot…until it suddenly wasn’t.
It presents a unique challenge in how to navigate long-term growth in a world with changing values, attitudes and demographics – – in an unpredictable economic and political climate.

This is Part 1 of a two-part post.  Part 1 sets up the challenges to the boating industry.

In Part 2 we’ll discuss some things the industry is doing to meet these challenges, based on observations at the industry’s premier annual event, the Miami Boat Show – which begins on February 14, 2019.

Powerboats are indisputably lots of fun, whether it’s to fish, ski, dive or just to cruise around.  It’s no surprise that about 140 million Americans participate in boating annually, and that in 2018 the industry generated an estimated $170 billion in annual economic activity (Source: NMMA).

But as we’ll see, even with several years of growth, the powerboat industry is facing some real headwinds in countering demographic shifts and bracing for the inevitable next recession.

Please read on, and if you’d like, post your ideas on how you’d attack this challenge in the comments section.

At the very far endpoint of the need-want continuum (aka 0% need, 100% want), beyond ice cream, puppies, personal Zambonis or large screen TVs, there are recreational boats.  Unless you make your living on the water, you don’t need a boat.

And with considerable entry costs leading to ongoing expenses (fuel, insurance, dock space, maintenance, accessories, etc.), this is an industry that is inextricably linked to economic ups and downs.

As a CNBC commentator put it: “Boating is perhaps the most cyclical consumer sector imaginable. Vessels are expensive to purchase, time consuming and completely discretionary.”
https://www.cnbc.com/2014/04/01/yachts-a-practical-investment-for-regular-investors.html 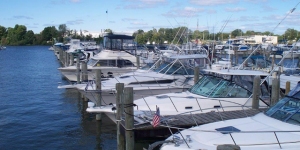 Entry-level recreational boats can be very affordable, but prices can easily push six or even seven figures as size and complexity increase.  A relatively ‘entry-level’ 25-foot recreational boat can cost $200,000 or more.  A 40-footer can be well over $1 million. This is an industry that has historically tried to push the envelope during optimistic economic times. 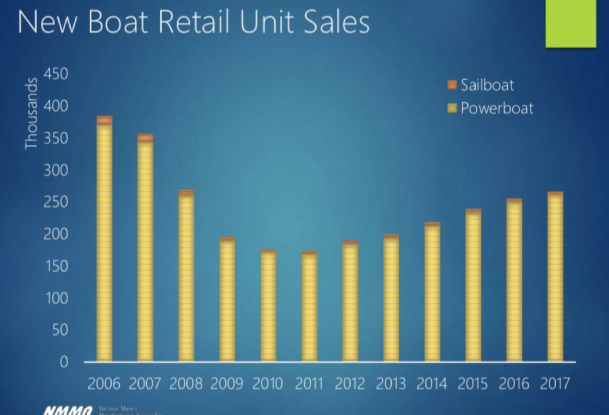 But the seas are not always smooth.  Powerboating, in particular, is vulnerable to a perfect storm. 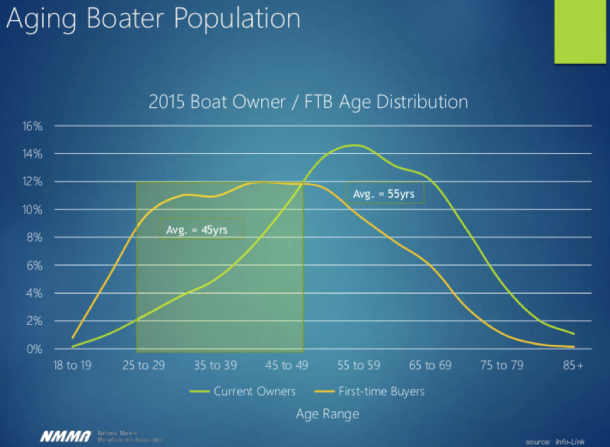 This perfect storm was on full display in the few years leading up to 2010.

The Great Recession – all kinds of ugly

In the early 2000s, economic optimism drove strong unit growth, with about 375,000 new powerboats sold in 2006.  Dollar growth was even higher, as convenience features like stereos and refrigerators, the conversion from 2-stroke to cleaner/quieter 4-stroke motors, greater available horsepower and resulting higher prices all increased industry sales markedly.

And while there was some softness in 2007, when the stock market tanked in 2008, the industry nose-dived.  Annual sales dove to about 150,000 in 2010.  Even with several recent years of strong market growth, as of 2018 it has not fully recovered, with sales of new powerboats reaching 280,000 – – still below levels of a decade earlier.

As one industry official put it in 2015: “We fell off a cliff about five years ago.  Homes were going into foreclosure, and people were making hard choices. On top of that, manufacturers didn’t build many boats in those years. But we lived through it.” https://www.sacbee.com/news/business/article8801072.html

Numerous manufacturers and dealers simply closed up shop.  One estimate had the boat manufacturer workforce reduced by 50-75% as a result of the recession.

In some ways, boating faces a long-term challenge.

Make no mistake, as of now the industry continues to grow, it is expected to grow further in 2019, and there are several bright spots of strong growth – – like the emerging wake sports segment, and personal watercraft (aka jet skis).

And the economy still appears strong, consumers appear to be confident, and the boating industry is continuing to extract growing revenue from ever more big, exotic and outrageous products (a 627 HP, $90k motor was introduced a few years ago, and immediately a 53-foot, $3 million luxury fishing boat was introduced deploying 4 of them – along with 50 neon-ringed speakers.  Rumor is that there will be a six-motor boat at this year’s show).  So making hay while the sun shines is definitely a current strategy – take advantage of consumer confidence and feelings of wealth.

But the next recession is not a matter of if, it’s a matter of when, and Boomers will continue to exit the market.

SO – WHAT CAN BE DONE TO ENSURE SUSTAINABLE GROWTH IN THIS MARKET?

Maximize growth with current products?  Introduce game-changing products?  Hedge with counter-cyclical products?  Double down on technology?  Pivot to something else entirely?

Would love to hear your thoughts.

For Part 2, we’ll report back within a week, including some evidence of the current (greater luxury and features) and future (laying the groundwork for the next few decades).

See you at the show! 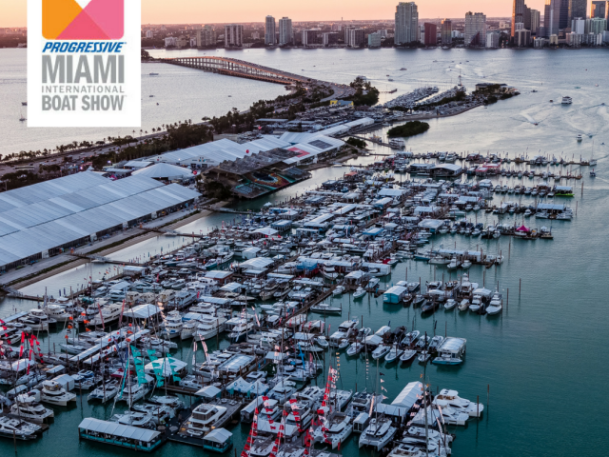