How do you make a $370 Billion Oil Company seem Sympathetic?

Compare it to Lawyers!  Of course!  And that’s what BP seems to be doing to support their brand.

Is this a good move?  Vote Below.

You’ve probably seen BP’s full-page ads in the Wall Street Journal and other major papers.  They’ve been unfolding since June while an appeals process went on; the final version is below.

At issue is BP’s claim that it is being taken advantage of by lawyers and people who were never financially hurt by the massive 2010 oil spill in the Gulf of Mexico.  Along the way the ads have emphasized the $14 billion in restoration costs and $12 billion in claims paid out since the 2010 Gulf oil spill, as well as pointing an oily finger at lawyers who, they claim, are defrauding BP by securing settlements for parties who didn’t sustain any damage.

A BP spokesperson put it this way: “Today we are working to ensure that our willingness to do the right thing is not taken advantage of and distorted to provide windfalls to undeserving businesses, including law firms…”

[This is not the first time an erstwhile villain garnered our sympathy by bravely battling an even more evil opponent.  In 1964 many of us had to admit that we were secretly rooting for Godzilla as he withstood the savage attacks of Mothra.  But I digress.] 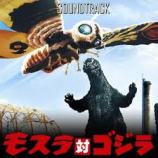 So what is the point of a $370 billion company that committed a huge ecological mistake and is in an industry that the public generally views more negatively than positively, in placing these very public ads positioning it as a victim?  Certainly the BP brand has taken its share of shots in the last few years; maybe they are trying to provide a positive counterbalance?

The answer might be illuminated by considering who the target might be.
– the general public?  hardly – – seriously,  a fight between an oil company and lawyers?  Aren’t we hoping they both lose?
– Institutional investors?  possibly – – but if the intent is just to demonstrate that BP is supporting its brand, running ads is pretty low on the list of investors’ considerations.
– Retail investors – – probably doesn’t hurt — probably pleased to see a company fight to preserve profitability.  But there isn’t much meaningful outcome that would be expected from this group.
– Legislators?   A likely target, and this might just be part of BP’s ongoing and significant lobbying efforts.

Without weighing in personally, I’ll leave it to my readers.   It’s important to defend your brand, but how it’s done is really important.