What is Velcro doing in my kitchen?

Recently during a demanding session in my exciting new role as Observer in the kitchen, I noticed that a plastic pouch of Lundberg Family Farms Rice had a Velcro closure!  Velcro® PRESS-LOK™, to be accurate, according to the logo printed on the package back.  (technically speaking, PRESS-LOK™ uses a hook-and-hook approach rather than the original Velcro hook-and-loop). 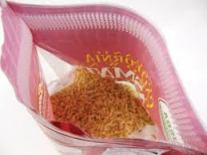 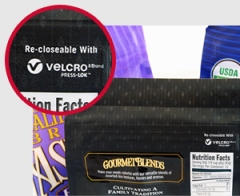 Like you, I’m used to seeing Velcro in jacket closures, little people’s shoes, the IPass transponder on my windshield, wallets, and a zillion other things.  ZZ Top even had a song called ‘Velcro Fly‘ but I’m not sure what they were specifically talking about.

But I’d never seen Velcro used in a food product before.  Why is this, and is it a good idea?  Does a Velcro logo on the package back do anyone any good?  Do I want to be thinking about muddy, stumpy little shoes when I’m (watching someone) chopping kohlrabi for dinner?

Velcro adds value to lots of products, but air- and water-tight seals have never really been part of the equation.  If it’s my food, I want that seal to be so impermeable that if called on to do so, the package swells up like a dead opossum once it goes past the sell-by date.

So, here’s my take.  In short, for ingredient branding to work there needs to be a meaningful new consumer benefit, or strong marketing support, or both.  This arguably has neither.

1) Expanding its applications to foods could be a nice business opportunity for Velcro — but there’s no guarantee.
If PRESS-LOK doesn’t work beyond the relatively unchallenging demands of a benign product like rice (or more importantly, if consumers don’t think it does), PRESS-LOK for food might go the way of the infamously loud, late and great compostable SunChips bag from Frito-Lay – – the answer to a question no one asked (not that you could have heard them).  (F-L Canada at least offered consumers earplugs.  But I digress…). 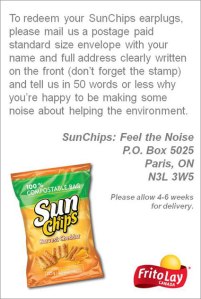 2) This is not likely to bring ’em to the store 6-on-a-mule for Lundberg Family Farms Rice.  You can’t see ‘Velcro’ on the package front (in fact, you can’t even find it on their site), so it’s unlikely to generate new triers.  And one has no idea of what added benefit having a Velcro closure provides.  So any benefit to Lundberg will be if the Velcro closure provides an incredible consumer experience.  But it’s hard to imagine that happening, this being rice and all.
On the other hand, if Lundberg ever wants to sexy up some rice, they need only look to our German friends for how to inject a little Verführung in their brand messaging.

Net, from an ingredient branding standpoint, this ends up as perhaps a base hit but not a big deal.  Yes, you’ve now got Velcro introduced into the conversation in a food context, but it’s kept really low-key and the advantages of using Velcro in food packaging are never made clear.  So it’s an interesting alternative to the ubiquitous zip-lock closures but not likely the next Intel Inside.   (For those interested, Landor published a very good article on ingredient branding not too long ago.)

As for me, it’s time to grab a beer, today’s paper, drag my stool over to the kitchen, and get to work.