← Google Glass: Half Empty or Half Full?
Orapup — A newfangled innovation to tackle dog breath — and have fun doing it →

Was it just a few weeks ago that Maker’s Mark made headlines when it reversed its plan to reduce its alcohol level by 3%?  Well, now Anheuser-Busch is expending resources to deal with a similar product quality perception situation; the difference here is that this story is not of its own making (Maker’s Mark had announced a planned change before changing their minds).

Social media and 24/7 coverage have made companies’ reputations more at risk than ever — and while it can take as little as a few well-placed keystrokes to ignite a PR firestorm, it often costs much more to avert or manage a crisis. 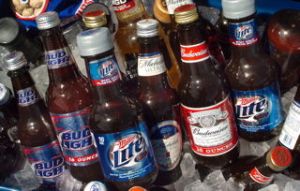 A series of class action lawsuits has been filed in several states, accusing A-B of adding water to 10 of its beers, lowering alcohol content to a level below what is claimed on the label.  The lawsuits are reportedly based on information from former employees at the company.

The now not-surprising effect has been widespread negative buzz for A-B, which they have had to deal with immediately.  So far, A-B has denounced the lawsuits in a statement and posted test results and notes to their customers on Facebook and Twitter, as well as a full-page ad that ran today in numerous large newspapers. 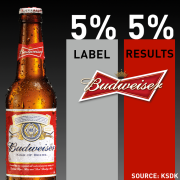 Even this modest level of expenditure is no small potatoes for an issue that may well be 100% unfounded.  In fact, other companies caught in the same situation have spent significantly to manage the message (Taco Bell spent millions in 2011 to tell its side of the story when accused of mislabeling beef content, a suit that was eventually dismissed).  In the current climate of ‘post first, ask questions later’, when caught in this sort of negative story, companies are often well-advised to react immediately and with strength – – regardless of what the facts may eventually bear out.  The alternative is to passively let the brand message be controlled by social media, which is not really an option.

These days, brands would be wise to budget some contingency funds to deal with the possibility of such a media-enabled drive-by.  In fact, it could be argued that Anheuser-Busch should be more aggressive now to get ahead of public perception.  It would not be surprising to see them dial up the spending in the near future.

Nigel has just very astutely asked me: what happens if they’re actually found guilty?  Well, if that happens, as Anheuser-Busch InBev has a market cap of around $150 billion, it wouldn’t be long before the company feels pain the billions rather than millions.  That’s the difference between being accused of doing something bad, and actually doing something bad.